A brief history about Pictures at an Exhibition

Pictures at an Exhibition was composed for piano by Modest Mussorgsky in 1874.  It was composed in commemoration of the Russian artist Viktor Hartmann who had suddenly passed away the year before due to an aneurysm.  After Hartmann's death, their mutual friend Vladimir Stasov organized an exhibition of over 400 of the artist's works, which Mussorgsky attended in person.  Most of the musical material was inspired by eleven works by Hartmann, which focus on his travels abroad in France, Italy, Poland, Russia, and the Ukraine. The end result was a ten movement suite (not including the promenades).  Although it was composed very quickly in 1874, it wasn't officially published until 1886, five years after Mussorgsky's death.  It was later orchestrated for orchestra, first done in 1891 although only seven of the ten movements were done.  Other arrangements were done by many others including Leopold Stokowski, Eugene Ormandy, Henry wood and Leon Funtek, who was the first to orchestrate the work in its entirety, but the most notable version was the one done by the French Composer Maurice Ravel in 1922.  While it has come under criticism it has influenced many orchestration endeavors of the piano piece after it and up to the present day.

Parallels and differences between the works 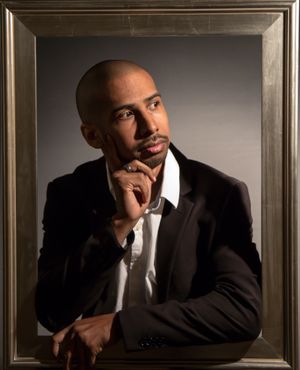